I have just discovered a very useful new resource – the British Parliamentary Papers.  They are available through the eResources on the National Library of Australia web site (www.nla.gov.au) and are available to anyone living in Australia.  You need a library card to access the resource, and can apply for that card for free online.
You might think that British Parliamentary papers would be boring and of no relevance to Genealogy, but you would be wrong.  I found “Accounts of superannuations and retired allowances in public departments” for the years 1857 and 1863, and these gave me information I have been seeking for ages about my g-g-grandfather, Thomas Spiller.  Thomas was an Inland Revenue Office, or Excise Officer, in Ireland.  I knew he must have died before 1864 as there was no death for him in the Civil Registers, but could not pin it down in anyway.  Nor did I have any idea when he was born.
The 1857 return I mentioned contained a list of Superannuation Allowances granted, and among the list for the Inland Revenue dept for 1856 was Thomas Spiller, salary on retirement £100, age 53, period of service 26 years 11 months, cause of retirement “disease of lungs”, yearly allowance granted £53.
The 1863 document contained information about Superannuation Allowances ceased, and in it I found an entry for Thomas Spiller, died 10 Jul 1862.
So now I know he was born about 1803, and died 10 Jul 1862.  What a find.
Posted by jennyalogy at 4:22 PM 5 comments: 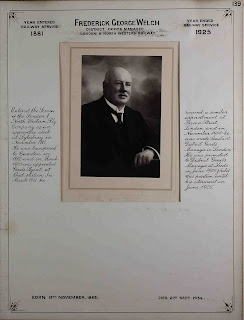