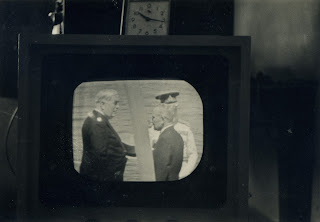 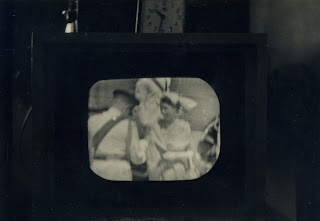 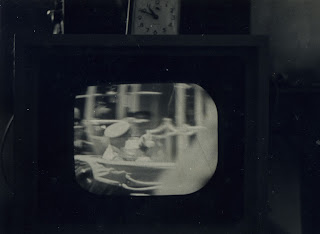 Regular television broadcasts commenced two years later in 1956 on TCN-9, when Bruce Gyngell spoke those famous words "Good evening, and welcome to television."
Posted by jennyalogy at 9:02 PM No comments:

AncestryDNA at the Camden Conference

This weekend just past I attended the NSW and ACT Association of Family History Societies at Camden. One of the speakers was Jody Taylor from Ancestry who spoke about their DNA offering.

Several interesting points came out. And several worrying statements were made.

One of the interested points were that there is a section on DNA under the HELP section on their website.  I've had a look at it and there are all sorts of interesting articles, some with videos attached, to explain about certain aspects of Genetic Genealogy. These vary from how to download your raw DNA data, to the differences between Y-DNA, mtDNA and atDNA, and there is also (very helpfully) a DNA glossary of terms. The Help also has a section (called Discussions) where people can ask a question.

Another interesting point is that they don't have any Australian Aborigines in the Reference Panel, but that it might change in the future.  That would be interesting.

More worrying was the discussion about the Ethnicity results. Firstly, the Reference Panel that they use to decide your ethnicity consists of only 3000 people.  A person only needs to take their tree back 12 generations to have 4096 ancestors (assuming no cousin marriages) and 13 generations to have 8192 ancestors.  Going back 12 generations I am looking at my 10g-grandparents. I do have some of those identified in my tree, and the births of those people vary from estimates of about 1580 or about 1600 to exact years of baptism of 1595, 1625 and 1637.  And, of course, my ancestors go back well before that. So how can a mere 3000 people from all sorts of place across the globe be used to accurately represent my ancestry?

But an example was given during the talk of an English chap called Jay who was convinced he was English through and through, but his results came up only 30% English. Except that they would have actually been classed as "Great Britain" which is England, Scotland and Wales.

You might be thinking that it is explained by the large numbers of waves of migration into Britain, and it might be, but how could they know they had people who were genetic descendants of the pre-Celtic inhabitants of the British Isles (because in that case, surely only they could be British)?

Now I am very aware that these ethnicity estimates are just that at this point in time – estimates. But I was looking around at the audience and they were believing that the figures they saw were unimpeachable scientific facts.  That's a worry.

It's also a big worry that they lump England, Wales and Scotland together as "Great Britain", when the "People of the British Isles" project showed quite distinct ancestry in different parts of Great Britain. The inhabitants are not one homogeneous lot who can be classified in your ancestry.

Don't get me wrong, I think that the AncestryDNA tests can have a valuable place in the repertoire of genealogical tools available to us, through finding cousins etc. And of course they can potentially be invaluable in finding the siblings and parents of adopted people.  It's that deep ancestry that worries me. Well, my deep ancestry doesn't worry me, it's the fact that so many people take it as gospel.

One amusing thought did occur to me.  We were informed that once two (or more) people in the Ancestry DNA database have a match, the system searchs the trees for common ancestors. Wouldn't it be interesting if it was the other way around?  How many errors in trees would be found, and how many non-paternal events?
Posted by jennyalogy at 10:23 AM 6 comments: