Now that Christmas is all done and dusted for another year I can start getting prepared to the next major event - Rootstech 2017. 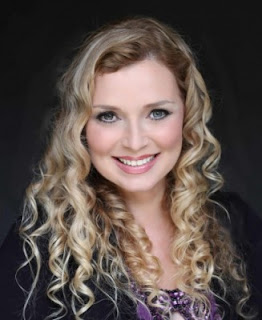 Those of you who know me will know that I am very interested in DNA, therefore when I heard that CeCe Moore is to be one of the keynote speakers I was thrilled. CeCe describes herself as "an independent professional genetic genealogist and media constultant." Her blog, Your Genetic Genealogist, is one of the "must-read" DNA blogs, and she has worked on many TV series, including Finding Your Roots and the Genealogy Roadshow.

She is playing a major role in genetic genealogy education, as co-founder of the Institute for Genetic Genealogy, via her blog and by her involvement in creating educational resources for the genetic genealogy community.  And she is doing a huge amount connecting people of unknown biological relatives through genetic genealogy.

She has also been involved in a lot of high-profile cases, and I am wondering whether we'll hear about these during her talk. Perhaps she might tell us about the case of Thomas Ray Lippert, who worked at a fertility clinic and replaced many sperm samples with his own.

Or maybe we will hear about amnesiac Benjamin Kyle, who was discovered in 2004 with nasty injuries and no knowledge of who he was. For many years he was homeless and unable to find work because he could not remember his social security number. Many people tried all manner of strategies to find out who he was, but it was not until 2015 that a team led by CeCe could tell him his true identity.

The case of Paul Fronczak was another fascinating mystery CeCe helped solve. He was discovered abandoned as an infant, and police thought he may have been the Fronczak child who had been kidnapped from hospital by a nurse, and so returned him to that family. However his DNA did not match that of other members of the Fronczak family. Eventually CeCe discovered that his real name was Jack and he had a twin sister called Jill. They had both gone missing in mysteriouos circumstances and Jill still has not been found.

Or perhaps we will hear about some other interesting cases in which she has been involved. Whatever she talks about, I'm sure it will be fascinating.

If you haven't already booked, why not have a look at the website and maybe be tempted to go. You won't regret it.