Sentenced Beyond the Seas

Yesterday I went to a talk by Janette Pelosi from the State Records of NSW about the recent addition to their web site, a collection of early convict records called Sentenced Beyond the Seas.  It covers records of convicts who came to NSW up to 1801 and was a gift to the people of Australia to commemorate the 225th anniversary in 2013 of the arrival of the First Fleet at Sydney Cove on 26 January 1788.


This is more than just the convict indents.  This collection also includes Orders in Council, Special bundles of the Colonial Secretary, lists of books sent to the Principal Superintendent of Convicts and other treasures.

The records that are included have been digitised, not scanned, except for Order in Council No. 11, relating to convicts on the Surprize (1), Neptune and Scarborough (2), which were missing from the State Records and were therefore sourced from the AJCP microfilms.  Being in colour makes it much easier to see later pencil annotations on the indents.


Sadly for those will ancestors who came on the Lady Juliana, Sentenced Beyond the Seas only includes one document about that ship, which contains the names of only three of the 250 convicts who came on that ship.  This is because State Records do not have any copies of any other records relating to this voyage.


The collection also includes a previously unknown letter dated 1822 containing a list of Convicts sent out from Ireland in 1800 in the Ship Anne (Stewart Master) "whose periods of Transportation have never been sent out ‘till now, and who are to be allowed to go Home, in Case their Sentences have expired."


The collection can be searched by name (including alias), place of trial, county of trial, sentence, ship, ship page or remarks from here.


This collection adds to the information on convicts that they already had on their web site, which includes details of later convicts, convict pardons, tickets of leave, convict bank accounts and much more.


State Records are to be thanked and congratulated for making this invaluable resource available online.
Posted by jennyalogy at 5:05 PM No comments: 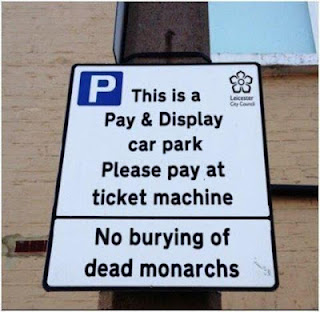 Posted by jennyalogy at 1:13 PM No comments: