There are just 90 days to go before RootsTech 2018 gets underway.  To get in the mood, why not enter the Photo + Story Competition?
This competition complements one of the Keynote Speakers, Brandon Stanton of Humans of New York.  The RootsTech press release says "Recognized worldwide for his revealing photographs of everyday people and their stories, Stanton will be a keynote speaker at RootsTech, held at the Salt Palace February 28 to March 1. His personal glimpse into the lives of ordinary people in New York has set a standard for quality photo stories."

Brandon's web site has photos of everyday New Yorkers and their stories.  Why not write your own  story or a story of your family?

The competition is looking for photos and stories in one of four categories: Connect, Belong, Family, and Heritage. The objective is to use the power of both photo and story to share, persuade, inform, inspire, connect, and belong. This links back to the theme of this RootsTech conference:

Everyone has stories. I have been using my blog to record some of mine, like the day my father blow-dried the cat, the story of my Teddy Bear, my grandfather's World War I experiences, and even the story of my chimney-sweep ancestor who hunted with the Duke of Badminton.

Why not write down your stories and enter the competition? You can submit one photo and story in each of the categories. Winners will receive prizes from Canon or Dell. The deadline is 31 December 2017. More information is available here.

You don't have to be attending RootsTech to enter, but it's a worthwhile experience. And until December 4 you can register for just $169, instead of the usual $279. Use the promotional code CYBER18.

Note: Entrants must be at least 18 to apply. No professional qualification, licenses, certificates, or certification is required. You to not need to be registered for RootsTech to enter.

Disclaimer: As a Rootstech Ambassador I receive complimentary admission to the event, invitations to some extra events and dinners and a free registration to give to one of my readers. I bear the cost of my return airfares from Australia and pay for my accommodation and meals.
Posted by jennyalogy at 7:22 PM No comments: 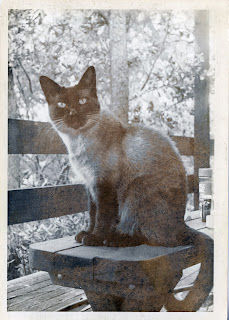 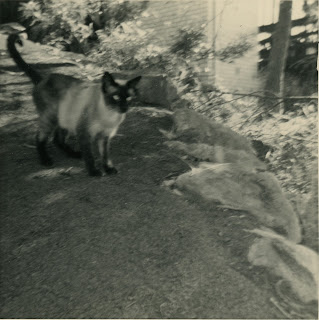 Just who was Cordelia Knight?

On 27 Feb 1823 the Lord Sidmouth arrived in Sydney carrying a cargo of female convicts and stores for the colony. One of those convicts was Cordelia Knight.  She had been tried at the Old Bailey in the previous June and found guilty of stealing 20 yards of silk, with a death sentence being pronounced. Luckily for those of us who descend from her, her death sentence was remitted to transportation for life.

This was her second appearance at the Old Bailey. The first had taken place in April 1820, when she was found guilty (under the name Cornelia Knight) of stealing 11 yards of printed stuff and sentenced to one month in Newgate gaol.

So the natural course of events would be to search for the marriage of Cordelia to a John Knight or Knightes. The only such marriage people have found is the marriage of John Knight and Cordelia White on 5 Jun 1810 in Bloomsbury.  The date looks reasonable, given the birth of their first known daughter, therefore many people have seized on it and used it in their family trees. Subsequently, more and more people have copied that information, so that it seems to many that it must be correct.

But there is a problem with this.

So most records point to a birth in 1794-95, with only her burial record – when she was unavailable to provide the information – gives a birth about 1796. And the convict records state she was a native of Hampstead, and these records are usually correct in this regard.

And here is where the problem arises. Why would someone born in Hampstead (and whose children were baptised there) go down to Bloomsbury to get married? And not only did they marry there by banns, they were both said to be "of this parish", which means that they were definitely living there at that time (though not necessarily born there).

Further, most online trees have decided that she was Cordelia Elizabeth White, who was baptised on 7 Oct 1781 in St Peter le Poer in London. This is 14-16 years before Cordelia Knight always claimed to have been born. And she was not born in Hampstead, as the convict records state our Cordelia was. And there is no single record showing the woman who was transported to NSW having a middle name of Elizabeth. Could this really be the same person?

There are other online family trees that say Cordelia's surname was Rudd, but none of them give any source for this or place of marriage to check.

Just because only one event for a particular named person has been found, it doesn't mean that it is the correct one. Even now, not all records are online, and not all records have survived. It was not unusual for a parish priest or clerk to forget to record some of the events.  If other surviving records provide conflicting information to the one record found, then it should not be accepted as the truth without further confirming evidence being found.