UPDATE: The winner of the free RootsTech pass was Julie Wood


As a RootsTech Ambassador, I get to give away a free pass for RootsTech 2018, valued at $279. If you win and have already registered for the conference, your registration fee will be refunded.

The conference will take place in Salt Lake City from 28 February to 3 March. The pass gives access to


This 4-Day Pass DOES NOT include airfare, hotel or the coverage of any other expenses. 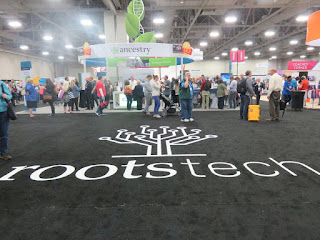 In order to go into the draw to win you must send an email to jennyjresearch@gmail.com with the answer to the question below:

All correct entries received by the closing date of 12 noon, Greenwich Mean Time (GMT) on Sunday 5th of November, will go into a draw and one lucky person will win the RootsTech pass.

The winner will be notified by email by Tuesday 7th of November at the latest. One entry per person.

Disclaimer: As a Rootstech Ambassador I receive complimentary admission to the event, invitations to some extra events and dinners and a free registration to give to one of my readers. I bear the cost of my return airfares from Australia and pay for my accommodation and meals.
Posted by jennyalogy at 4:02 PM No comments:

Recently more than 300 people trekked out to Orange in the mid-west of NSW for the annual family history conference.  This year it was hosted by the Orange City Library, aided by the Orange Family History Group. The hosts of this event were so friendly and welcoming that it was an absolute stand-out feature of the conference.

In a break from tradition, some long workshops were held on the Friday. A few were only one hour long, but several were two hours, a couple were three hours and one was five hours long.  We hadn't known this when we signed up, so it did eat into the time we had available to look at the Family Fair.

One of the workshops I did was "Eat Your History" with Jacqui Newling of Sydney Living Museums (formerly known as the Historic Houses Trust).  We started by talking about food memories, and then looked at some old recipes from books in the houses managed by Sydney Living Museums, and discussed the differences from recipes and menu items we see today.  Then we got to try out a recipes.  But first we had to make our own butter, which was to be used in our cooking.  Then we made a soufflé omelette, and we had to beat our egg whites in the same way that had been done by the girls at the house named Meroogal in Nowra: namely, by beating it with a knife on a dinner plate!  The end result was served with some jam, and tasted very nice!


The conference theme was "Your Family Story: Telling, Recording & Preserving" and the talks mostly fitted into this theme. The keynote speaker on Sunday was the very tall (6'4") actor William McInnes, who told us lots of stories of his family. The other speakers included Gail Davis from State Archives of NSW, Perry McIntyre, Jacqui Newling (who also gave a lecture as well as running the workshop) and Shauna Hicks, amongst others.


As usual, there was a Meet & Greet and a Conference Dinner, which were both great chances to catch up with old friends.

After the conference closed at lunchtime on Sunday there was a chance to visit local historic house "Duntryleague", which had been the home to the Dalton family, and now is home to the local golf club. 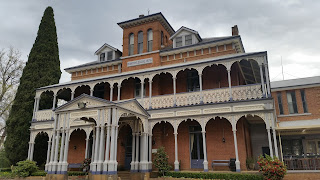 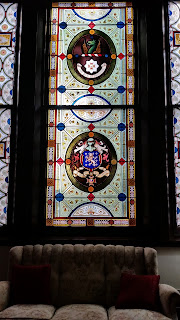 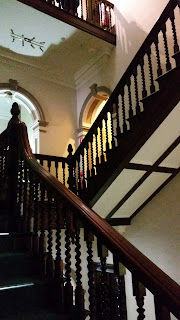 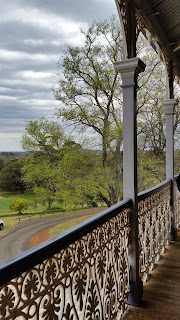 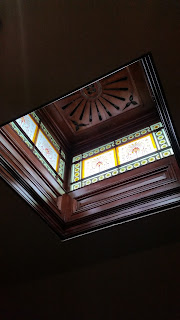 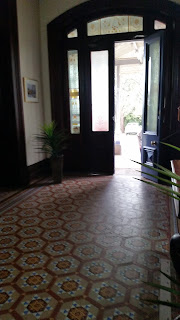 Posted by jennyalogy at 1:08 PM No comments: 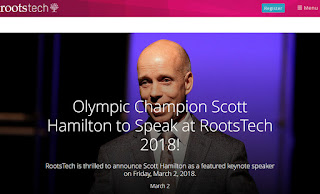 Disclaimer: As a Rootstech Ambassador I receive complimentary admission to the event, invitations to some extra events and dinners and a free registration to give to one of my readers. I bear the cost of my return airfares from Australia and pay for my accommodation and meals.
Posted by jennyalogy at 2:16 PM No comments: