Saroo Brierley, Friday's keynote speaker at RootsTech 2019, got lost as a five year old, but the Indian boy was adopted by a loving family from Hobart in Tasmania. His story is told in his book A Long Way Home, in the movie Lion and in his Wikipedia page, so I won't repeat it all here.  Saroo settled into the Australian lifestyle, so privileged compared to that he had lived in India, but he never forgot his past. The place where part of him still belonged.

By his early 20s he felt he had to do something about finding his original home and his biological family. He thought about everything he knew about his Indian home: where the sun came up, where there were hills, rivers and animals. And of course trainlines.

Then Google Earth came along. Saroo could use all the information and memories he'd gathered to start searching for where he came from. He searched for five years, and it would have been so easy to give up. But he didn't, and finally found what he believed to be the station where he had started his long journey. He wanted to go back and see if he could find his family.

But he also had a family in Australia who were just as important to him. So he asked his parents for permission to go back to India. He went there alone on his first journey, and when he got to his home town he knew where he was. His muscle memory took him back to the house where he had been born. He had belonged so much to that place that his body had not forgotten it.

60 minutes did a story where he went back to India again, and this time his two mothers could be united. Saroo belonged in Australia, but he also belonged in India. And he belonged to two families.

Ukulele player Jake Shimabukuro was Saturday's keynote speaker. He is a fifth generation Japanese American, descended from the first group of Japanese who migrated to Hawaii in 1868 to work on the sugar cane plantations (the gannen mono). The Japanese part of his identity was clearly important to him. As he spoke he kept referring to Japanese words and to the Japanese WWII veterans and even to a Japanese backscratcher that taught him life lessons. Jake obviously had a profound sense of belonging to the Japanese culture, or at the least, to the Japanese-American culture.

But feeling a sense of belonging can be complicated, and can take time to develop. The Grand Prize winner and the People's Choice winner of the RootsTech Film Fest, Enge Van Wagoner, who submitted a video titled "My Name Is …", struggled to find a sense of belonging. She always wanted to fit in and belong, but though her looks showed her Chinese origins, it was her name that she felt singled her out. So she told everyone her name was Angie. When she was sent on a LDS mission to Taiwan she thought she'd finally be somewhere that she belonged, a place where her parents had walked in their youth and where the people looked like her, where she could connect with her culture. But after a while she realised that the people there did not view her as one of them. So she felt she didn't belong to either world. It was only when she was back in the US and had to look after her grandfather that things changed. She finally managed to make a connection with him, realising that just as she had felt like a fish out of water in Taiwan, so he felt like one in America. As two misfits they connected. It was then that she realised that "belonging" doesn't mean being the same as everyone else. Belonging is reaching across the differences to connect.

For us family historians, knowing who our ancestors are, where they come from and what events they lived through gives us a sense of belonging to our great big family tree. 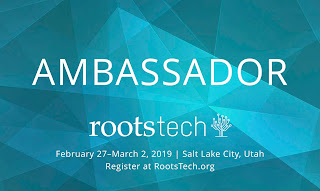 Posted by jennyalogy at 5:32 PM No comments: 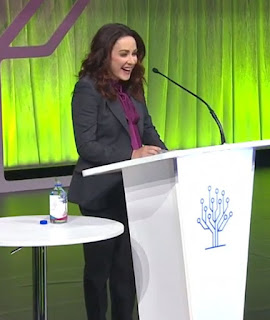 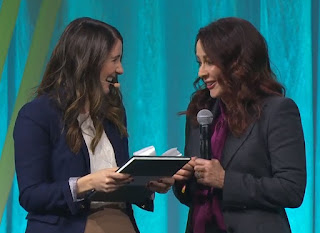 Posted by jennyalogy at 7:10 PM No comments: