Roy Francis Highett was the 2nd son of  Francis James Highett and Deborah Maria Griffiths and was my 1st cousin, three times removed. He was born on 22nd January, 1891, in Murrumbeena, which is a suburb of Melbourne. Roy was 24 years old and studying engineering at the University of Melbourne, when he decided that he should join up.

On 15th March 1915 he applied to join the armed forces, though his service counts from 31st March. Roy was 5’ 11 ¼” , weighed 11stone 4lbs, had a fair complexion, light grey eyes (though described as blue at discharge), fair hair, and under "Distinctive Marks" it was stated that he had a "scar across back r.h. thumb, Mole R shoulder blade".

10971 Sapper Highett was assigned to the 10th Field company Engineers and embarked on HMAT Runic on 20th June 1916, more than a year after his enlistment. On the 10th August he disembarked in Plymouth, and after training in England arrived in Europe on 8th February 1917.  On the 20th of that month he was transferred to the 12th Field Company Engineers. He was sick in hospital from 22nd March to 27th April 1917, and detached for duty with 1st Anzac R.E. Workshop between 21st September and 25th September 1917 before being returned to the 12th Field Company Engineers.

Then on the 6th October 1917 he was wounded in his arm and back.  He was transferred to East Leeds War Hospital on 21st October, and not discharged from there until 14th January 1918.

Despite what was written in the article in The Argus (above), Roy was not wounded on the 21st October. That was the date he was transferred to Leeds.  The entry in the War Diary of the 12th Field Company Engineers for the 6th October reads

Roy was granted 12 months leave in England to take up a soldier scholarship without pay or allowances from 23rd April 1918 to study engineering at the Imperial College of Science and Technology in Kensington, London, which was later extended.

Once again, there was an error in the newspaper reporting back home.  Roy never attended Cambridge or Oxford. He was not discharged at that stage, and his service records only indicate the one injury, which the War Diary indicates was from High Explosives.

His file contains a copy of the following letter, written in his own hand, sworn on 1 May 1920:


12 Field Coy Engineers A.I.F.
Imperial College of Science South Kensington SW7
To the COAdmin Hdrs  A.I.F. I, Roy Francis Highett, do solemnly and sincerely declare that my reasons for the attached application for discharge are as follows :- 1.    I wish to sit for the final B. Sc. (Eng. Ln. Univ) Examinations held during July.2.    I desire in the event of my being unsuccessful in these examination, of which the results are published in August, to sit again at the first opportunity.3.    It may be necessary that I should have to continue my studies until December before being allowed to take out this degree.4.    I also solemnly and sincerely declare that it is my intention to return to Australia on being elected an Associate Member of the Institution of Civil Engineers; in any case within 27 months of the completion of my course of studies;5.    That all my interests (parents and home) are in Australia6.    That I have no intention of permanently residing in England7.    That I shall be able to maintain myself during the course of my studies and until I return to Australia I make this solemn declaration conscientiously believing the same to be true by virtue of the provisions of the Statutory Declarations Act 1835
R.F. Highett

In support of his application, the Dean of Imperial College of Science and Technology wrote:

"I have much pleasure on certifying that Sapper Roy Francis Highett of the Australian Imperial Force is a student of Engineering in this College and that he has been in regular attendance here since April 1919. He has passed The London University Matriculation and the Intermediate B.Sc. in Engineering; he has also passed the College Matriculation. Highett has completed the second year course and has qualified for admission to the third year course and if he completes the remaining two terms of the Third Year he will, in June and July next, be eligible to take the final examinations for the College Diploma and for the University Degree of B.Sc in Engineering. He is a diligent and capable student and throughout his stay at the College his student conduct has been irreproachable."

However, despite what he said in his application, Roy DID have an interest in England – a wife.  He had married Marie Gertrude Davis on 2nd August 1919 at the Paddington Register Office.  They went on to have two daughters, and Roy never did return to Australia.

Posted by jennyalogy at 1:46 PM No comments: 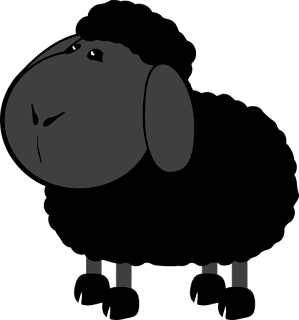 So it appears that Dorcas took up with William Teague (who was married to someone else), took on his surname as if they were married, had a daughter Elizabeth in 1941, and finally married William in 1967 (presumably after his wife had died), getting married under her assumed surname of Teague.
Posted by jennyalogy at 10:59 AM 5 comments: