Why I'm looking forward to RootsTech 2017

In February 2017 I will be attending my third RootsTech Conference, and this will be my first as a RootsTech Ambassador. I had great fun at past conferences, so I am eagerly waiting the next one.

The first time I attended was in 2013. It was also my first time in Salt Lake City. Even before I arrived (that is to say, while on the plane) I was meeting new people, and that only ramped up once I got there.

I arrived on the Sunday night and the plan was to visit the Family History Library on the Monday, which  I did. But I was walking there with some of my new friends and they informed me that "DearMYRTLE" (Pat Richley-Erickson) was broadcasting one of her "Mondays with Myrt" hangouts from the Library, so I went up to see the action. Each Monday Pat holds a "hangout on air" to talk about anything and everything related to genealogy. A link to her YouTube channel is here if you want to watch any past episodes. Much to my surprise I was invited in to participate for a short time.

I then went down to level B2 of the library, where all the British Isles and Australasian collections are held.  I felt like a kid in a sweetshop!  There were rows and rows of books, all relevant to family history, and rows and rows of drawers containing microfilms of parish registers, wills and all sorts of other things.  Everything could be accessed immediately. I didn't know where to start! If you haven't been there before, I strongly recommend going.


On the Wednesday the conference started. It's held in the Salt Palace Convention Center which is enormous. It covers an area of three city blocks.  The first year I attended RootsTech, the conference was in a smaller corner of the convention centre, but it has since moved to a very much bigger area.

Bloggers were treated to a tour of the Expo Hall before the conference actually started, and then escorted to the hall where the Opening Session and Keynotes were to take place. The highlight of the four keynote speakers that year (for me at least) was David Pogue, a technology columnist and writer, who gave an hysterical talk about the advances in technology, finishing up with his rendition of "I want an iPhone" (to the tune of "I did it my way"). 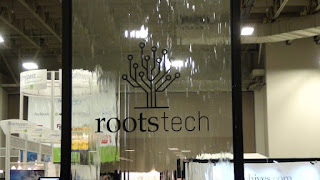 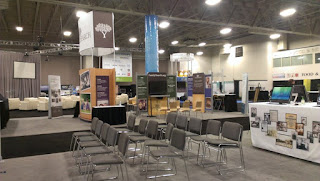 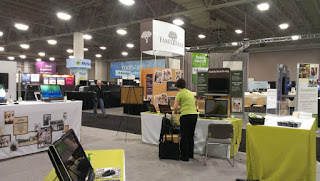 In summary, the 2013 conference was a wonderful experience, and I got to meet so many new people who have since become great friends

Two years later I did it all again.

Once again there was an edition of "Mondays with Myrt" broadcast from the Family History Library, and again I was asked to be a participant, 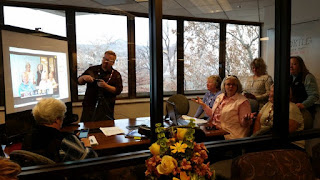 and a private tour of the new Family Discovery Center in the Joseph Smith Memorial Building.  This year there will be a bigger and better one opening in the Family History Library.


Like at my previous conference, the Bloggers got a tour of the Expo Hall before it opened

and there were several outstanding keynote speakers. Tan Le from Australia was a Vietnamese refugee who came to Australia with her family in 1982. Her achievements are phenomenal (see her Wikipedia page) but at the end of her talk about her family I noticed several people wiping their eyes and I personally felt all choked up. 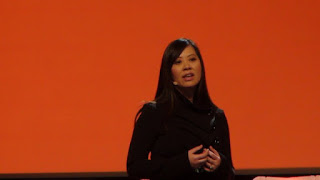 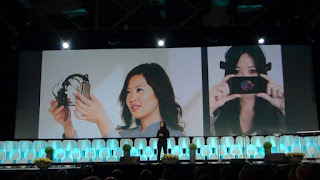 A.J. Jacobs gave a very funny talk, promoting his upcoming Global Family Reunion. The big message was that we are all cousins, and all family. 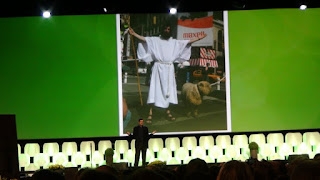 Donny Osmond was the other keynote I really enjoyed. I was never an Osmonds fan, but his talk was very interesting.  It included lots of information about his family history, and his family's history in the music business, lots of photos of the Osmonds from the early days, and - of course - a rendition of "Puppy Love". 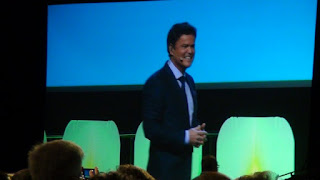 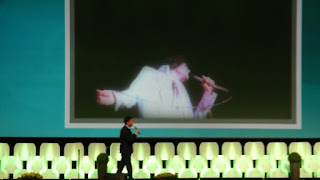 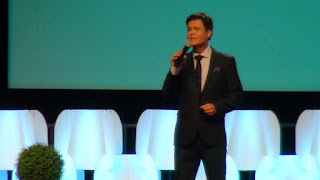 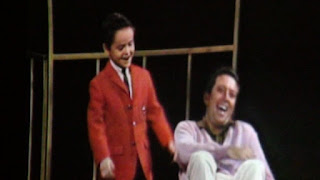 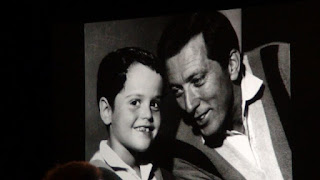 There were lots of interesting talks and great speakers


and lots of interesting things going on in the Expo Hall.


Australia was well represented amongst the attendees (and one speaker)

and Salt Lake City was once again a major attraction.

If I have managed to pique your curiosity about RootsTech, why not have a look at the web site here.
Posted by jennyalogy at 2:02 PM 5 comments: