The third day of Rootstech had two keynote speakers.  The first was A.J. Jacobs, journalist, author and editor of Esquire Magazine. He is also the instigator of the Global Family Reunion.  He had previously decided to spend a year living by every single "rule" or edict in the bible (not just the 10 commandments).  One of those was not to gossip - not an easy task for a journalist.  The bible also says not to shave the corners of your beard. As he wasn't sure what constituted the corners of the beard, he decided not to shave at all for a year.  He also spent a couple of weeks looking for an adulterer to stone. 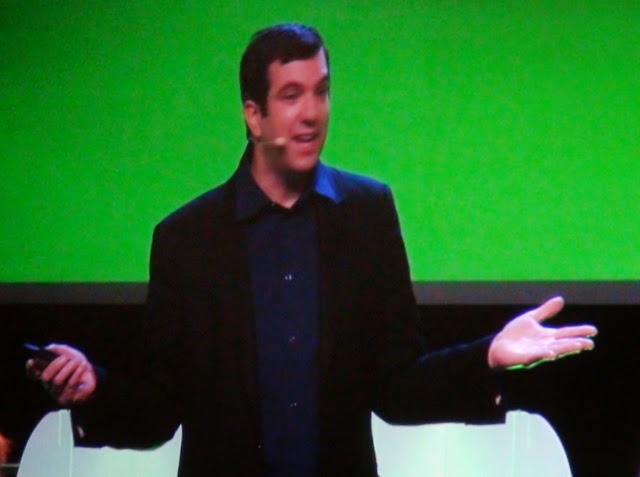 More recently he was contacted by someone claiming to be a very distant cousin, saying that he had 80,000 people in his family tree.  This sparked Jacobs' interest in genealogy, and led to his conclusion that we are all related, and all cousins (I'm not going to enter into the debate - it would take much more space than is appropriate for a blog).

He regaled us with tales of his very obscure connections to Gwyneth Paltrow, President Obama, Donny Osmond and even Judge Judy.

He says that this inter-connectedness is important to help us understand how certain diseases are passed down.  He also said that discovering you are connected to someone famous like Abraham Lincoln or Albert Einstein can help bring history alive for younger people.  Fair enough.

Out of the discovery (or, at least belief) that we are all related, all cousins and part of one big family he came upon the idea of throwing a giant party - the Global Family Reunion (taking place in New York on 6th June) - to celebrate our shared heritage. He has Daniel Radcliffe, George Bush Senior and of course, cousin Gwenyth taking part. For those who can't be in New York they can hold Branch Reunions. All proceeds from the Reunion go to Alzheimer's research.

It is his hope that this event will help use realise that we are all related and that we'll be a little kinder to each other since we tend to treat family kinder than strangers.

On each of our chairs in the hall was a sign saying "I am a cousin".  We all had to hold them up while he took a selfie (one to rival Ellen Degeneres's one), which was a bit of fun. 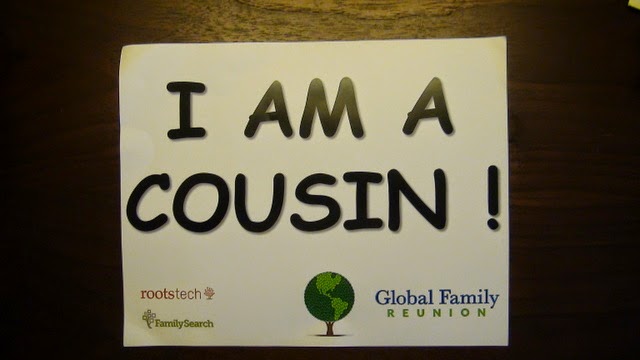 Now, I'm not going to try and prove or disprove the connections he is claiming because I am sure some of them are based on unsubstantiated and unsourced trees out there on the internet, but I promise the following is true:  my cousin's aunt's mother's milkman was Benny Hill!

The second keynote speaker was Donny Osmond.  I was not a Donny Osmond fan growing up (nor a fan of the Osmond Brothers), but I have to say his presentation was interesting - after all he's had 50 years in the public eye to refine the art of being an entertainer. 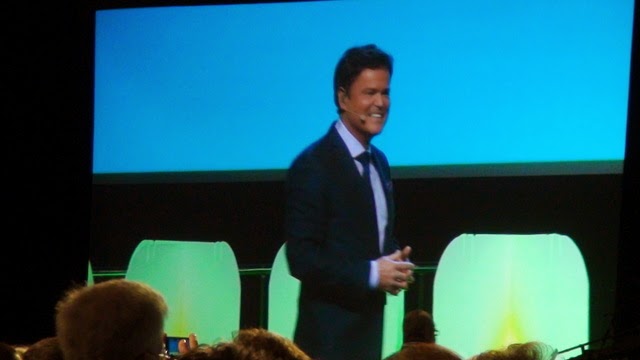 Donny Osmond loves family history. For him it is all about the stories. He says that the more you discover about your ancestors, the more you discover about yourself. This is what I believe too, as the experiences of our parents influence their characters and personalities, which influence the way they bring us up and also our characters and personalities. In turn, our parents were influenced by their parents, who were influenced by THEIR parents and so on back ad infinitum.

Donny sang a bit of his big hit Puppy Love with a video of a young Donny performing the song on the big screen. I was made to feel very old when our 23 year old Australian genealogical friend Caitlan Gow posted on facebook that she had never heard of Donny Osmond. She did know Puppy Love, but didn't realise that he had done the original.  Oh, dear.

Donny then recounted the story of how the Osmonds learnt that they had achieved their first Number One single with One Bad Apple, which was an amusing story, and then backtracked to tell how they had been discovered by Walt Disney and then had appeared on The Andy Williams Show.  Much to the delight of the audience he then sang Moon River with lots of pictures of himself and his brothers when much younger showing on the screen behind him. 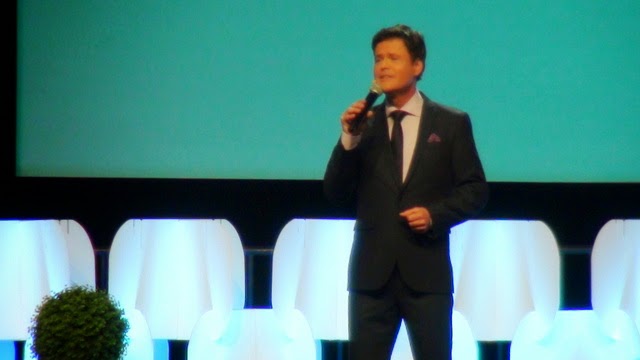 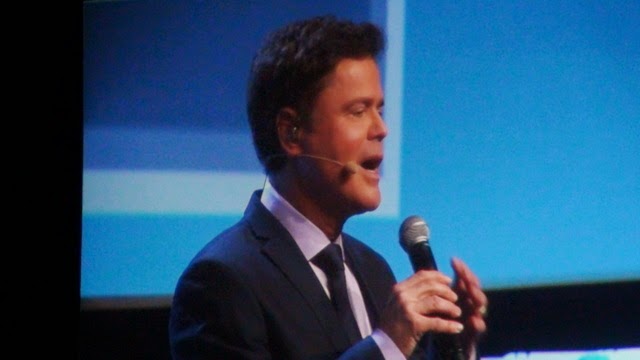 He made the point that his entire history has been documented and recorded since he was young, but was that true for the members of the audience? Aren't their lives as significant? Don't their children and  grandchildren deserve to know what they were like?  So he encouraged everyone to record their story, even if only on the voice recorder on their smart phone.