The same RootsTech, but also a different RootsTech 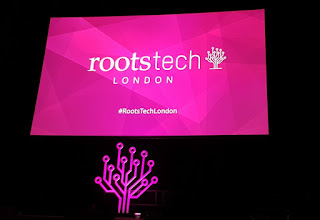 RootsTech London has been strangely familiar, but also very different.  It is not the same as RootsTech in Salt Lake City, yet in many ways it is.

One familiar aspect was meeting up with friends, though many people I am used to seeing in SLC were not at the London event, though a large number were. There were also friends who have never attended the Salt Lake City conferences.

The most obvious (and unsurprising) difference was the number of talks relevant to people with only UK ancestry.  While in SLC there are often more than one talk at any one time I would like to attend, in this case there were lots! Hence the delay in getting some of these blog posts out!  I loved the chance to hear several talks by Nick Barratt, as not only is he familiar to us all from TV, I am particularly interested in the medieval period and he is a medievalist by training.

Another difference was the number of European exhibitors. There was

In addition there were the usual stands: Ancestry, Findmypast, MyHeritage and so on. 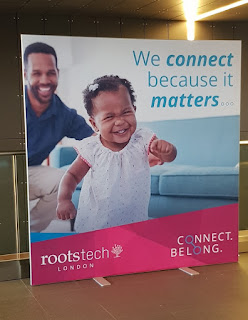 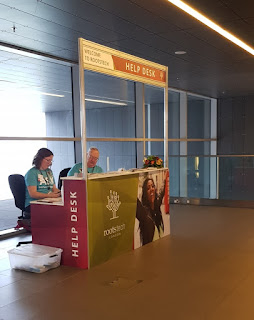 Posted by jennyalogy at 8:25 PM